From the beginning of the HopkinsLocal initiative, Johns Hopkins has committed to setting measurable goals and being transparent about its progress.

Over the first three years of HopkinsLocal, the university and health system:

Results from all three years of the first HopkinsLocal phase in comparison to the initiative goals are available in the FY18 Progress at a Glance document.

During FY19, Johns Hopkins evaluated the first three years of the program and worked with stakeholders within the institutions and in the community to identify the next set of goals, to begin in FY20. HopkinsLocal efforts continued during that year, and the results are available in the FY19 Progress at a Glance document.

of addressable construction spending, a total of $48.5 million, was committed to contractors that were minority- owned, women-owned, disadvantaged business enterprises in FY18. 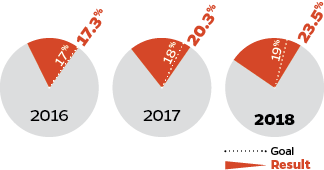 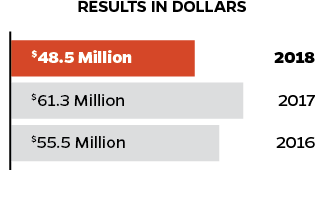 small, local, minority-owned, women- owned, or disadvantaged businesses in the design and construction industries expanded their skills and connections through the BLocal BUILD College over three years. 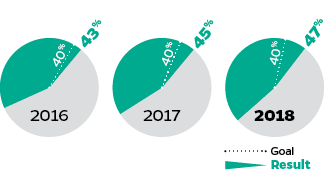 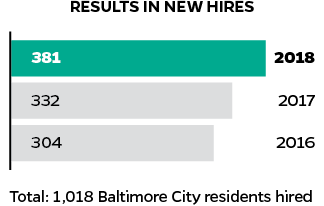 more was spent in targeted categories with local businesses over three years than if spending had remained at the level of the baseline year. Total FY18 local spending was $118.4 million. 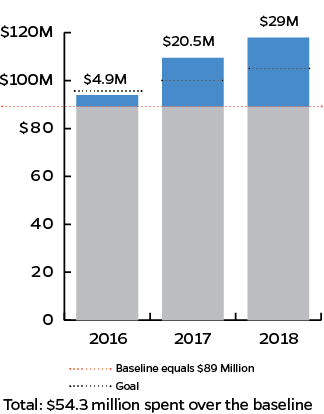 development plans were created with nonlocal suppliers to increase those companies’ efforts to hire, procure, or invest in Baltimore, surpassing the goal of 24 over three years.

* Commitments are defined as parts of the contract that have been assigned to a contractor or subcontractor but have not necessarily been completed. Due to the duration of construction projects, many projects captured in FY16 are also captured in FY17 and FY18.